About Our Devops Course

Learn the concepts and gain the skills from EVISION master course of Online DevOps training. In this best DevOps training, candidate will learn DevOps tools like Jenkins, SVN, Maven, Docker, Ansible, Nagios, Git, Puppet, and more. Not only that, but candidate also get master in various aspects of software development, operations, continuous integration, automated build, test, and deployment. Join our demo class on DevOps now via Zoom or Skype and get enroll in this best DevOps training and stay one step ahead from others. 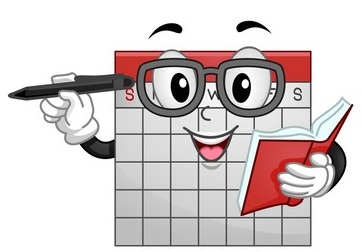 can't find a batch you were looking for?

Module 02 – Introduction to DevOps
2.1 What is Software Development
2.3 Traditional Models for SDLC
2.4 Why DevOps?
2.5 What is DevOps?
2.6 DevOps Lifecycle
2.7 DevOps Tools

Jenkins Pipeline is a tool used to implement the continuous integration and continuous deployment in any organization. In order to use the tool, automated deployment must be done. In this project, you will be following the process of deploying application to execute full-fledged CI & CD. Once after the project is done, you will be equipped with extensive knowledge of automated deployment using the specific pipeline.

Docker images can get obsolete from time to time. It is advisable to create images for websites and applications in such a way that they can be rebuilt frequently based on the occurring changes. Docker files facilitate the generation of images for Python applications acting as an in-platform.

EKS (Elastic Kubernetes Service) is a fully managed service from AWS that enables the usage of command line utilities like kubectl and eksctl for launching an EKS cluster. The service also helps in providing of Kubernets deployment, pod running of eCommerce applications and creating load balancer service- for exposing the application on the web.

The project is about deployment of application services using REACT framework reinforced with a Local Git. Using tools like Terraform, guidelines will be set for naming conventions, service plan levels, deployment locations and code repos.

The Capstone project is the main and the final project that offers hands-on environment which validates the knowledge and skills that are learnt through DevOps course. The project contains multiple activities such as automating infrastructure deployment, configuring and implementing CI/CD pipeline, and designing monitoring solutions.

EVISION Certification is Accredited by all top IT MNC's as in Wipro, TCS, IBM,Infosys,HCL Technologies. We provide Certification after completion of the theoretical and practical sessions to fresher’s as well as corporate trainees.

Our certification at Evision Technoserve is accredited worldwide. It increases the value of your resume and you can attain leading job posts with the help of this certification in leading MNC’s of the world. The certification is only provided after successful completion of our training and practical based projects course which will encourage and add to trainee’s resume to explore a lot of opportunities beyond position.

• Truly expert and fully up-to-date in the subjects they teach because they continue to spend time working on real-world industry applications.
• Have recognized in various IT Organizations & Are Well connected with Hiring HRs in multinational companies.
• Working professionals working in MNC's such as HCL Technologies, TCS, IBM, etc.
• Certified Professionals with 10+ years of experience.

What Is A Devops History?

Before going further, we need to understand why we need the DevOps over the other methods.
o The operation and development team worked in complete isolation.
o After the design-build, the testing and deployment are performed respectively. That's why they consumed more time than actual build cycles.
o Without the use of DevOps, the team members are spending a large amount of time on designing, testing, and deploying instead of building the project.
o Manual code deployment leads to human errors in production.
o Coding and operation teams have their separate timelines and are not in synch, causing further delays.

What Are the Advantages of Devops?

Does DevOps have future?

DevOps has a great and promising future. The practical applications of DevOps is increasing day by day. Let's discuss the future of DevOps in different areas of the IT industry and where most opportunities lie. The demand for the DevOps is well reflected in the salary of DevOps Engineer in India.

Why you should pursue a Devops Career in 2021?

Well, there is no doubt that DevOps experts are highly paid and dedicated. DevOps is a great approach that is now adopted by many IT companies to provide reliable and faster solutions to their clients.

Why should I learn this couse from EVISION?

Evision Technoserve is the Legend in offering placement to the students. Please visit our Selected Student on our website.
• More than 3700+ students placed in last year.
• We have a dedicated placement portal which caters to the needs of the students during placements.
• Evision Technoserve conducts development sessions including mock interviews, presentation skills to prepare students to face a challenging interview situation with ease.
• 100% percent placement record
• 1000+ interviews organised

What if I miss a session?

No worries. EVISION assure that no one misses single lectures topics. We will reschedule the classes as per your convenience within the stipulated course duration with all such possibilities. If required, you can even attend that topic with any other batches.